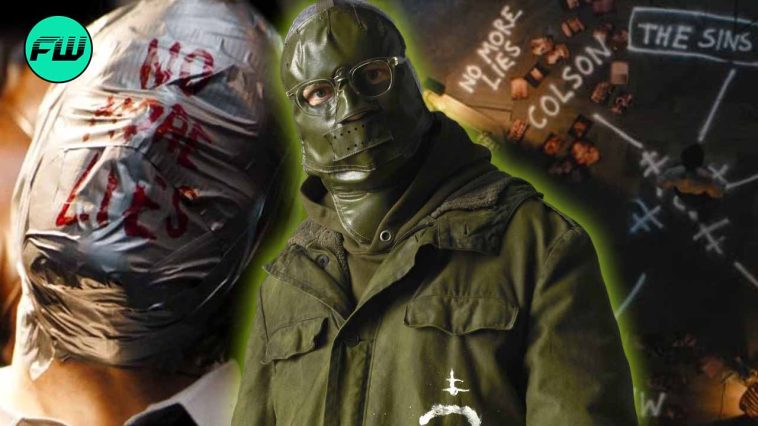 Yet another movie character outfitted by US at Uncle Sam's; The Batman has hit the theaters and to say it was one awesome experience would be the understatement of the century. Bruce Wayne is only starting to embrace the mantle of the Dark Knight as crime keeps on strolling through Gotham like casual Tuesday mornings. Targeting the Thomas Wayne Renewal Fund, the Riddler is taking down every major corrupt official within the city administration. The Batman is running out of clues as it’s a race against time to find out how and why to stop him before it is too late. As Batman finds the connection between the Riddler’s targets, he realizes the truth he is about to uncover will devastate the Wayne family legacy, bringing into light some secrets that he would never have wanted to know.

The 4Chan like message board where the Riddler and his small army are readying to wreak havoc hides some epic clues as to what his final game plan is. To understand the Riddler’s final masterplan in The Batman, we must decipher each of the Riddler’s clues to identify why and how he did what he did in the movie.

The Riddler is first seen waiting in the dark for Mayor Mitchell in his own home. After his family leaves, the Riddler strikes and kills the Mayor. Then he leaves an envelope – a greeting card with cartoonish images with each having its own cryptic message. Each greeting card is an ode to major Batman villains like Hugo Strange, Poison Ivy, the Ventriloquist, and Court of Owls. The Batman solves the cypher which leads him to Mitchell’s car and a ‘thumb’ drive. The drive contains compromising images of Mitchell and is the first step at exposing the corruption eating away at Gotham’s Elite. The images are automatically sent via Gordon’s mail account to news websites.

After detective Pete Savage is killed, the Batman examines a cypher in a rat maze and discovers the term “el rata alada”. The corrupt district attorney – Gol Colson, literally crashes into the funeral of Mayor Mitchell with a bomb strapped to his neck. The Batman tries to work with him but Gil Colson refuses to answer the Riddler’s questions and is ready to die. Colson is willing to kill himself rather than utter the name of the el rata alada and endanger his family. The bomb goes off and Colson dies, knocking out Batman.

Renewal Is A Lie

The next clue takes batman to the dilapidated Wayne orphanage, where the Riddler shows him a video of Thomas Wayne’s mayoral campaign speech where he announced the “Renewal” project. Painted on the orphanage walls are the words Renewal is a lie” and “The Sins of The Father.” Realizing that the Riddler intends to target Bruce Wayne next, the Batman rushes to the Wayne Tower to save Alfred. It is already too late and a bomb mail almost takes Alfred out, putting him in critical condition.

See You In Hell, Batman

The Batman then finds himself in a race against time to stop Selina Kyle from assassinating Carmine Falcone, the real el rata alada. Using his influence and power, Falcone has taken over Gotham and has been ruling it from behind the curtains. The entire city is in his pockets. After a lengthy scuffle, the Batman brings Carmine out in the open just like the Riddler clue “bring him into the light.” The Riddler then shoots Falcone from a nearby window. After getting captured, Edward nashton aka the Riddler claims he viewed batman as an ally rather than an enemy. And that everything he did, it wouldn’t have been possible without Batman’s “physical strength”. The Riddler fully expected the cops to capture him and Batman and put both in Arkham Asylum. When the Riddler said “See you in hell”, the ‘hell’ he was referring to was Arkham.

After talking to Riddler, the Batman realizes he has missed out on some vital clues. The murder weapon that killed Mayor Mitchell turns out to be a carpet scraper. Batman scrapes off the carpet from the Riddler’s apartment and sees a huge map. The Riddler intends to use his army of incels to bomb the Seawall, flood Gotham, and then force the Gotham residents and the Mayor-Elect into a place of their choosing. The Batman saves the day and fights off the belligerents. When the final Riddler incel is captured and is asked about his identity, he says: